about our campaign
Français

On February 26th, the Cree Nation Government and the City of Montreal hosted almost a hundred leaders from major businesses and philanthropic institutions as Grand Chief Abel Bosum of the Grand Council of the Crees (Eeyou Istchee) presented a description of the new major new economic alliance for northern Quebec and introduced the audience to the Eenou-Eeyou Community Foundation and its $40 million “Casting Our Net Wider” fund-raising campaign.

The Grand Chief and assembled guests were welcomed by Deputy Mayor Sterling Downey of the City of Montreal. Grand Chief Bosum spoke in detail about “The Grand Alliance”, an historic 30-year agreement between the Cree Nation and the government of Quebec.

As Co-Chair of the Eenou-Eeyou Community Foundation’s “Casting Our Net Wider” campaign, Grand Chief Bosum invited the leaders attending the event to invest in this important campaign. 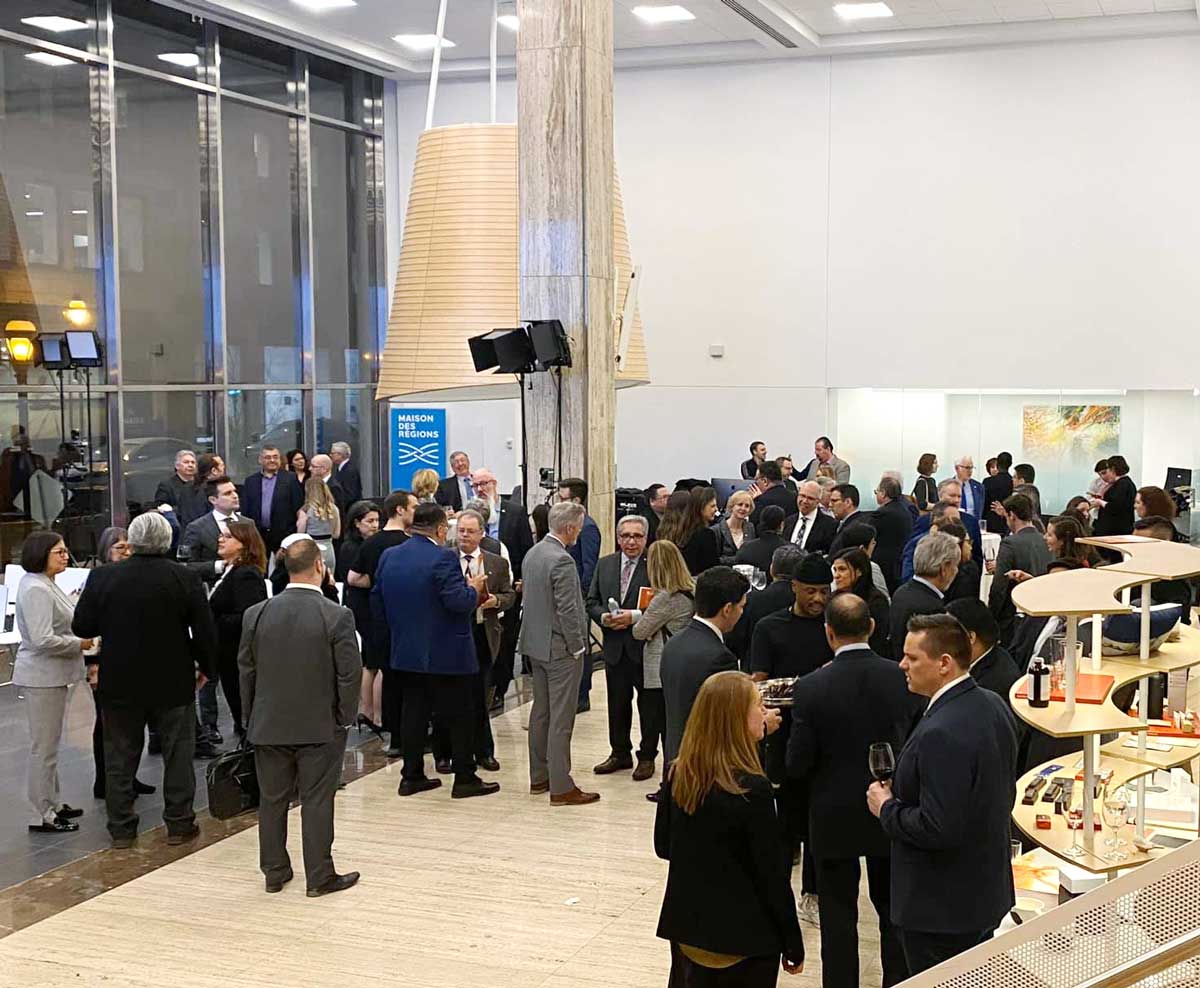 Montreal business and philanthropic sector leaders gather at Maison des Régions to hear more about “The Grand Alliance” and the Eenou-Eeyou Community Foundation.